HOW TO GET SENTENCED TO WEEKEND JAIL

Attorney Carl Jordan negotiated a sentence agreement for his client to serve his jail time on weekends. The client was able to keep his job and be at home with his wife and children. 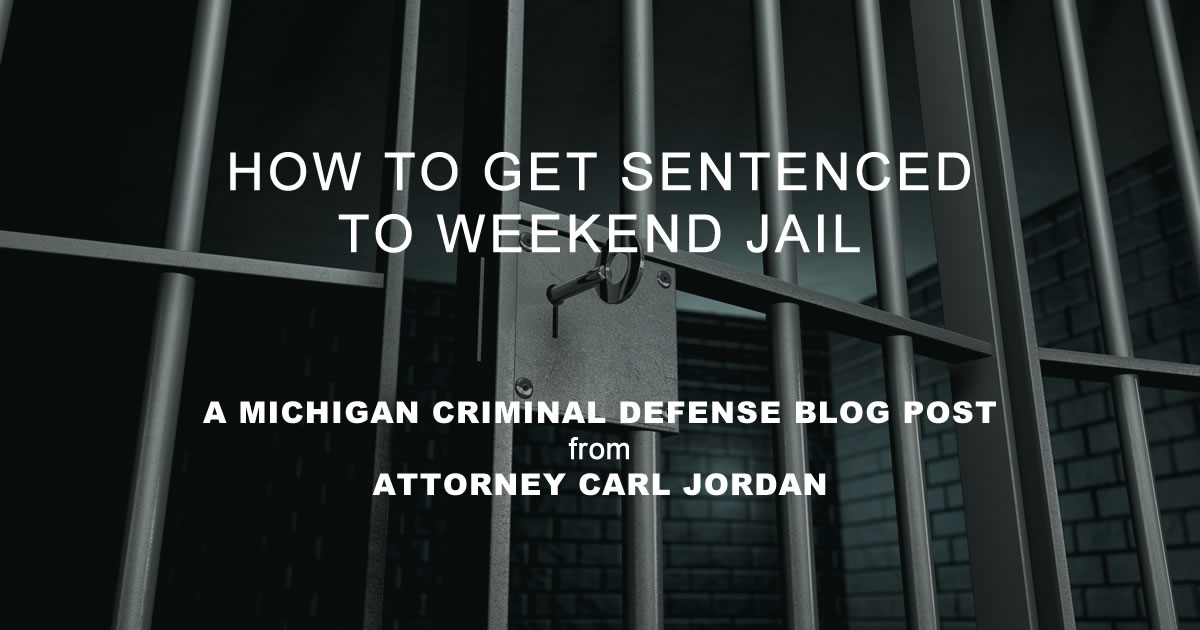 Convincing a judge to minimize jail time or give an alternate sentence takes careful preparation by an experienced lawyer who has the passion to pursue all options. Certain steps must be taken. When a highly reputable attorney makes such a request of the court, a judge is likely to give the request full consideration.

When a man with prior felony drug convictions faced several new serious drug charges, he knew he would lose his job if he were sent to prison. Losing his job and going to prison would be extremely damaging to his family both emotionally and financially. He hired Carl Jordan, who has a track record of getting the best possible outcome in criminal matters. Attorney Jordan submitted a deviation request to the prosecutor. A deviation request is a letter sent to the prosecutor that attempts to convince the prosecutor to offer a better plea than was previously offered.

The deviation request resulted in the dismissal of two of the drug charges, as well as, the habitual offender sentencing enhancement.

At a circuit court hearing Attorney Jordan asked for a Cobbs agreement. A Cobbs agreement is a legal mechanism that allows a defendant to plead guilty to a criminal offense with some certainty about what their sentence will be. As a result of the Cobbs agreement, the Judge agreed to sentence the defendant to the bottom 1/3 of the sentencing guidelines in exchange for a guilty plea.

Attorney Jordan’s client could have been sentenced to up to 20 years and fined up to $25,000 or both. Instead, the defendant was sentenced to weekend jail.

while on tether and then reduced to $30 a month once tether is removed until probation period is completed.

Who is Eligible for a Weekend Jail Sentence?
You should discuss this sentencing option with a criminal law lawyer. The lawyer will be able to explain if this is an option for you.

Weekend jail, also known as an intermittent criminal sentence, is an alternative sentence that allows an offender to serve time in jail in portions, or chunks, instead of all at one time. The offender goes to jail for a specific timeframe, such as three or four days. Then, they leave jail to return to their regular life. The cycle continues until they have finished their sentence.

Generally, a judge will only impose this sentence for crimes with a punishment lasting 90 days or less.

Carl Jordan Is Passionate About Helping Those Who Face Overwhelming Odds
Carl Jordan routinely negotiates sentence agreements that minimize the impact of a criminal conviction. He is fearless and aggressive. He does whatever it takes to get the best outcome in every criminal case. His goal is to get all charges dismissed when possible.