When a 22-year-old woman was charged with Assault With a Dangerous Weapon (Felonious Assault) and Weapons Felony Firearm, she turned to Criminal Defense Lawyer Carl Jordan for help. The Assault with a Dangerous Weapon charge could result in imprisonment for up to four years and/or a fine of up to $2,000. A conviction on the Weapons Felony Firearm charge could result in imprisonment for two years.

Attorney Jordan went to work to provide his client with the very best defense possible. As a result of his efforts he delivered the best outcome possible. All charges were dismissed. His client's finger prints and arrest records were returned.

While Assault with a Dangerous Weapon can include firing the weapon or wielding the weapon, it does not require that the weapon is used to inflict harm. It is enough to simply brandish a knife or reveal a gun in order to motivate victims to act out of fear.

Criminal Defense Attorney Carl Jordan can provide the solid and tireless defense that you need when facing a felony charge for Assault With a Dangerous Weapon. As a former assistant prosecutor, Attorney Jordan knows the criminal process from both sides and will use his insight to your advantage. You can set up a free consultation with Attorney Carl Jordan. He will explore your legal options and the issues affecting your case. He will work to keep you safe from a felonious assault conviction. Contact Carl Jordan at 248 358-6647 or text him at 313 282-0869. 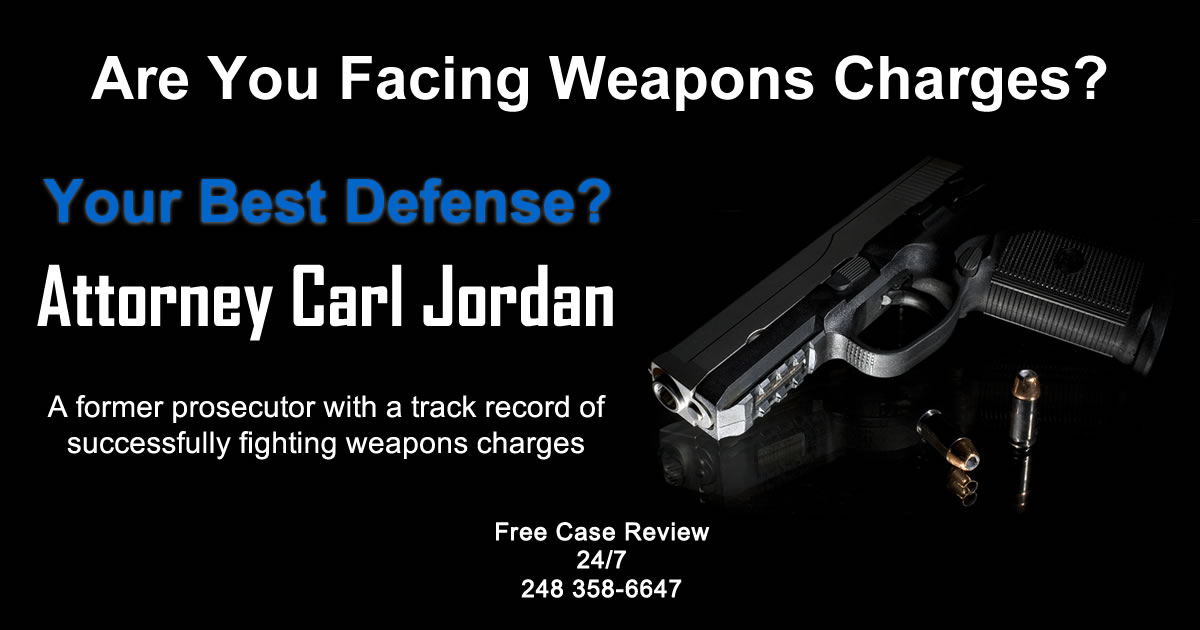 
Attorney Carl Jordan has won not guilty verdicts or probation sentences for a variety of charges including: